All Things Will Unwind

by My Brightest Diamond 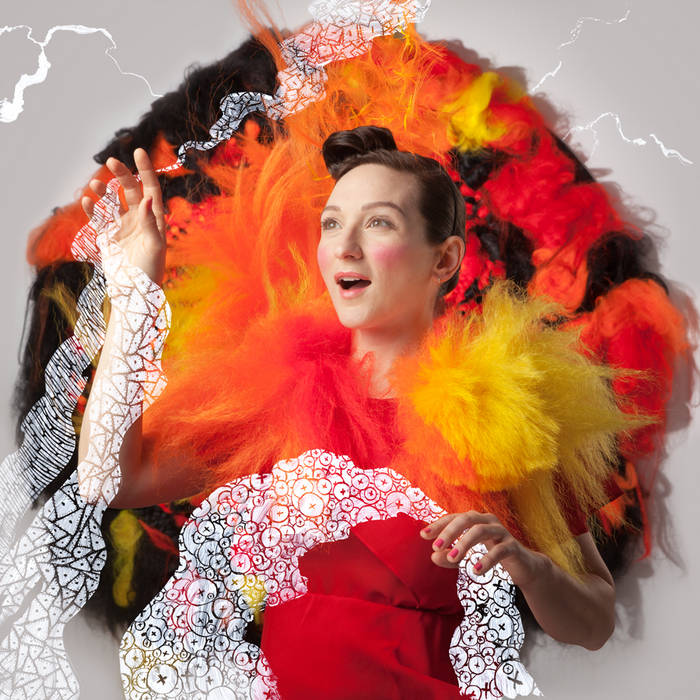 Peter McInnes What a voice, framed beautifully by amazingly complex musical arrangements. Favorite track: Reaching Through to the Other Side.

SarahTops Currently obsessively listening to "Be Brave" on repeat. Thank you for the courage. Favorite track: Be Brave.

Carsten Pieper Another great album on Asthmatic Kitty and yes, many things remind me of a certain Sufjan (which is very fine for me), but Shara Worden, who is the woman behind this project, brings enough of her own (melodies, voice, arrangements) to make this a very original record. Hard to tag this one, those drawers all seem to be too narrow for this little gem!
My first My Brightest Diamond album but surely not the last. Favorite track: There's a Rat.
more...

Scream At The Sky

All Things Will Unwind is the third, stunning offer from Detroit based experimental pop chanteuse-My Brightest Diamond, aka Shara Worden. Known for her many colloborations with indie rock royalty as well as her extraordinary original material, Worden is coming into her own as an artist and human on this 11 song recording. At once accessible and intelligent, the songs were written exclusively for celebrated chamber ensemble yMusic (Bon Iver, Antony & the Johnsons, The New York Philharmonic & Rufus Wainwright) and they are featured on each track. Grammy award-winning Pat Dillet recorded Unwind in New York City.

“We Added it Up” opens the record with a punchy, almost Ragtime acoustic guitar, suggesting Cabaret by way of Carolina. Worden’s voice, ever mesmerizing, dances between the notes in a clever narrative of love’s opposites, then joins a rousing call and response chorus on the song’s finale. The range of influences on All Things Will Unwind are as eclectic as its’ author, but listeners will recognize hints of Roberta Flack, Regina Specktor, Edith Piaf and Antony & The Johnsons throughout the album. Inspired by becoming a mother, chats with legendary performance artist Laurie Anderson, presidential addresses, and class warfare, Worden is metabolizing her influences as only she can- with playful, profound originality.

Since recording My Brightest Diamond’s critically acclaimed sophomore album A Thousand Shark’s Teeth, Shara has returned to Detroit, where she grew up in a family of musical evangelists. She is drawing inspiration from the motor city’s unique struggles. On “High Low Middle” Worden takes us to the center of Detroit’s unemployment crisis, in a catchy, vaudevillian protest song that would make Woodie Guthrie proud:

You’re next you’re before

You’re pompous you are poor

All Things Will Unwind is a picture of an artist maturing; considering joy and pain, beauty and horror, yet bravely standing in the tension between the two- and singing about it. The record closes with “I Have Never Loved Someone” and finds Shara dipping into her soothing alto, singing to her newborn son; the pedals of the pump organ creak under the vocal, evoking visions of a cradle gently rocking:

I have never loved someone the way I love you

And if you grow up to be king or clown or pauper,

I will say you are my favorite one in town

Yet even in a lullaby, one that could easily be a classic, Shara is still Shara:

And when I grow to be a poppy in the graveyard

I will send you all my love upon the breeze

And if the breeze won’t blow your way

…I will find some other way to tell you, you’re ok

She closes the album repeating you’re ok, against the swell of an angelic choir, assuring her son, herself, and the listener- in this world of opposites “ok” – like this remarkable album-is a well-earned triumph.

Musical firebrand Shara Nova (formerly Worden) has continued to weave her own way through pop, experimental and classical worlds, this time landing squarely on the dance floor with A Million And One. Nova has marshaled the influences of a youth spent listening to Detroit radio into a visceral love letter to the city, an electronic pop record both vulnerable and full of a fierce fighter's spirit. ... more

Bandcamp Daily  your guide to the world of Bandcamp